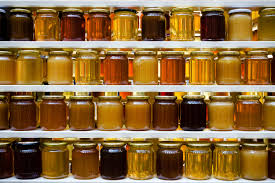 The Canadian Food Inspection Agency (CFIA) conducted targeted surveillance between 2019 and 2020 as part of ongoing efforts to detect honey adulteration with exogenous sugars in both domestic and imported honey sold in Canada. A total of 275 samples were collected across Canada and analysed using Stable Isotope Ratio Analysis (SIRA) and Nuclear Magnetic Resonance (NMR). Two types of honey samples were collected. One group of 127 samples, consisted of single-ingredient honey products such as bulk and honey for further processing from importers and a small proportion from domestic establishments. These were collected from suppliers where the chance of non-compliance was higher, based on risk-factors such as a history of non-compliance, gaps in preventive controls, or unusual trading patterns. The other 148 samples of honey were collected by an independent third party at retailers in various cities across Canada as part of CFIA's compliance monitoring of the marketplace, to gauge overall compliance. Of the targeted samples 17(13%) were considered unsatisfactory from the analytical results of which only 1 was Canadian honey. Of the retail samples, only 3 were considered unsatisfactory, and all of these were imported. As a result of CFIA's actions, an estimated 83,461 kg of adulterated honey was prevented from being sold in the Canadian marketplace between April 1, 2019 and March 31, 2020.

Read the report, which also gives access to the full analytical results