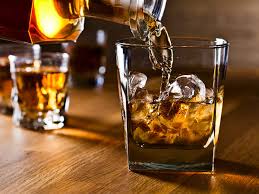 Spanish authorities have uncovered a large criminal network producing and distributing counterfeit whisky. The authorities seized items imported from China, which included nearly 300,000 whisky bottles, 171,200 counterfeit tax stamps, 18,400 capsules and more than 27,000 cardboard boxes with the logo of a well-known brand. The first base of the operation was in Ciudad Real, and was run by an Asian businessman who imported from Asia fake tax stamps, counterfeit glass bottles, labels and caps from a well-known brand. The alcoholic mixture was prepared and bottled in another part of the operation in La Rioja. The bottles were sent back to Ciudad Real where the labels and seals were added ready for distribution. The fourteen people arrested are now awaiting trial in La Rioja.