Experts Ron McNaughton, head of the Scottish Food Crime and Incidents Unit (SFCIU), at Food Standards Scotland, and Chris Elliott, professor of food security at Queen's University Belfast and director of the Institute for Global Food Safety, took part in a joint question and answer interview tackling a variety of food crime issues.

Additionally, the researchers propose an in silico method for predicting potentially illegal food additives on the basis of molecular fingerprints and similarity algorithms. Using this algorithm, we predict 1,919 chemicals that may be illegally added to food; these predictions can effectively assist in the discovery and prevention of emerging food adulteration.

The FADB-CHINA database has been added to the 'Services' page of the Food Fraud Mitigation section. This review by Indian authors examines intentional economic adulteration with examples taken mainly on the Indian sub-continent. The types of adulteration are listed, as are the methods to detect them. 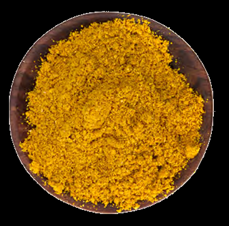 Adulteration is a growing food safety concern worldwide. Previous studies have implicated turmeric as a source of lead (Pb) exposure due to the addition of lead chromate (PbCrO4), a yellow pigment used to enhance brightness. This study aimed to assess the practice of adding yellow pigments to turmeric and producer- consumer- and regulatory-factors affecting this practice across the supply chain in Bangladesh.

Nine major turmeric-producing districts of Bangladesh, as well as two districts with minimal turmeric production, were identified and visited. In each district, semi-structured interviews were conducted and informal observations were made with individuals involved in the production, consumption, and regulation of turmeric. Perceptions of and preferences for turmeric quality.

Samples of yellow pigments and turmeric were collected from the most-frequented wholesale and retail markets. Samples were analysed for Pb and chromium (Cr) concentrations via inductively coupled plasma mass spectrometry and x-ray fluorescence.

The study found evidence of PbCrO4-based yellow pigment adulteration in 7 of the 9 major turmeric-producing districts.

Turmeric wholesalers reported that the practice of adding yellow pigments to dried turmeric root during polishing began more than 30 years ago and continues today, primarily driven by consumer preferences for colourful yellow curries.

The results from this study indicate that PbCrO4 is being added to turmeric by polishers, who are unaware of its neurotoxic effects, in order to satisfy wholesalers who are driven by consumer demand for yellow roots. The study recommends immediate intervention that engages turmeric producers and consumers to address this public health crisis and ensure a future with Pb-free turmeric. Cyber Crime Police Units in India are to use a procedure of mapping the geographical locations of crime spots identified during the crackdown on food adulteration so as to help the police keep a tab on them.

This is not a new procedure since this method is used to geotag other incidents such as accident hot-spots but it is being used in adulteration cases for the first time in India.

Data on manufacturing units sealed or against whom action was initiated on charges of adulteration will be compiled with photographs and location and shared with all Surveillance Officers together with information on the geotagged adulteration units.

China's Food and Drug Administration (CFDA) will tighten regulation and revise standards on an extensive range of food and drugs. A national plan from 2016-2020 requires whole-process control and whole chain regulation on food and drugs, especially on source control and risk prevention. A total of 1.1 million cases concerning food safety have been handled nationwide from 2013 to 2015. Those companies and individuals violating regulations will receive severe punishment in the future, such as criminal liability for the adulteration of food. The plan also intends to revise at least 300 food safety standards during the five year period.