Basmati rice is a high value rice because of its unique organoleptic properties, and hence is vulnerable to adulteration by non-Basmati varieties. Authentication of Basmati rice has been based on specific varietal identification using DNA markers - microsatellites or more recently KASP markers. Pakistan has designated a specific geographical region for Basmati varieties to be grown and applied to the European Commission for PGI (Protected Geographical Indication) status of its Basmati rice.This study develops a method based on elemental analysis with chemometrics to differentiate rice grown inside and outside the recognised Basmati growing region. Sixty-four rice samples were collected from the Punjab region of Pakistan, 21 from the PGI region and 43 outside this region. Elemental analysis by ICP-MS (inductively coupled plasma-mass spectrometry) of 71 elements was performed on the samples and combined with DD-SIMCA (data-driven soft independent modelling by class analogy) for the differentiation of Pakistani rice grown inside and outside the PGI Basmati growing region, The model obtained achieved a sensitivity and specificity of 100% and 98%, respectively. Cocoa botanical and geographical origin and the primary processing applied (i.e. 'fermentation') at the beginning of the supply chain characterise the quality of cocoa beans and influence the finished chocolate.  Therefore, authenticity markers of cocoa beans could verify their origin in the supply chain, and establish a compositional link between the raw materials and finished chocolate, and enhance traceback. In this study, Dutch researchers examined the retention and loss of compositional signatures from cocoa beans to chocolate. The compositional signatures chosen were VOCs (volatile organic compounds), elemental and stable isotope signatures. These were determined in cocoa beans from 10 different origins and 11 corresponding chocolates by high sensitivity-proton transfer reaction-mass spectrometry (HS-PTR-MS), inductively coupled plasma-MS (ICP-MS) and isotope ratio-mass spectrometry (IR-MS), respectively. The volatile fingerprints provided mostly information on the origin and primary processing traits of the raw cocoa beans in the chocolates. VOCs that are relevant and robust markers include: acetic acid (m/z 61), benzene (m/z 79), pyridine (m/z 80), 2-phenylethanol (m/z 123), and maltol (m/z 127). On the other hand, the elemental and stable isotope characteristics are more indicative of the cocoa content and added ingredients, although Fe, Cr, and Cd are possible elemental markers for origin.

This research is by the same French team, who reported using elemental strontium and strontium isotopes as markers for geographic origin and authenticity of Bordeaux wines, which was reported as a 27 April 2019 News item. In this research, lead (Pb) concentrations and Pb isotope ratios of 43 authentic Bordeaux wines from prestigious châteaux and 14 suspicious Bordeaux origin were determined to evaluate their potential as markers for authenticity and geographical origin. Total Pb concentrations in Bordeaux wines have drastically decreased over the past 50 years corresponding to changes in environmental lead concentrations with a clear shift of isotopic signatures towards geological values. The Pb isotopic ratios determined in both sets of samples clearly demonstrated that the suspicious Bordeaux wines displayed Pb isotopic signatures statistically distinctive from those obtained for authentic Bordeaux wines. Three isotopic ratio signatures using the geological and environmental Pb isotopes data that characterise European and Asian sources were used to give a non-ambiguous discrimination between authentic Pauillac AOC and the counterfeit wines. 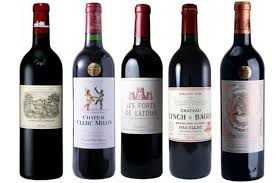 Mozzarella di Bufala Campana (MBC) is a PDO cheese produced from whole buffalo milk in specific regions of southern Italy. Due to the high price and the limited amount of buffalo milk, MBC is potentially subject to mislabelling, substitution or fraud. Italian researchers have used elemental and isotopic profiles of authentic samples of buffalo milk and the corresponding MBC samples collected in the reference area in winter and summer in an initial exploratory study. A model was developed to classify product categories for this cheese by merging MBC-PDO samples with non-PDO samples of buffalo mozzarella produced both inside and outside the reference area. Despite differences caused during processing, along with differences in the season and production area, the model was effective in distinguishing PDO and non-PDO mozzarella, particularly when non-PDO cheeses were made outside the MBC reference area. Japan wine has recently been defined for tax purposes as wine made from grapes grown in Japan. Japanese researchers have developed a method based on ICP-MS (inductively coupled-plasma mass spectrometry) and ICP-AES (ICP-atomic emission spectrometry) of 18 elements ( Li, B, Na, Mg, Si, P, S, K, Ca, Mn, Co, Ni, Ga, Rb, Sr, Mo, Ba, and Pb) to distinguish it from imported wine or wine produced from imported raw materials. 214 samples were analysed, and Japan wine had a higher concentration of potassium and lower concentrations of eight elements (Li, B, Na, Si, S, Co, Sr, and Pb) as compared with the other two groups of wine. Chemometric analysis of the data permitted identification of three wine groups: Japan wine, imported wine, and imported wine raw materials with a 91.1% classification score and 87.9% prediction score. In addition similar chemometric analysis of the 18 elements permitted  discrimination of wine from four Japanese geographic origins (Yamanashi, Nagano, Hokkaido, and Yamagata Prefectures) with a classification score of 93.1% and a prediction score of 76.4%.

Read the abstract at: Authenticity of Japanese wine