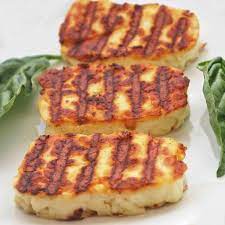 Cypriot halloumi cheese was grant PDO status in October 2021, after a 7 year consideration by the European Commission. Sales and exports of Cypriot halloumi generated €270m annually in 2020/1. Recently, German authorities have confiscated Cypriot halloumi because it did not have PDO certification, and cheesemakers in Cyprus have also seen their products confiscated by Cypriot customs officials before being loaded onto planes heading for EU markets, as they did not comply with PDO criteria. The main issue appears to be the ratio of goats and sheeps milk to cows milk, which must be greater than 51% to meet the PDO specification. A non-negotiable compromise has been issued by the Cypriot President, which amongst other things gives cheesemaker two months to fully comply with the PDO specification.