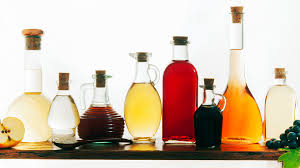 Isotopic methods have been recognised by CEN (European Committee for Standardisation) and in part by the OIV (Organisation Internationale de la vigne et du vin) as a means of detecting the non-permitted presence of exogenous acetic acid and water in vinegar (CEN) and specifically wine vinegar (OIV). The methods used are EN 16466-1 for D/H in the methyl site of acetic acid [(D/H)CH3] using 2H-SNIF-NMR (Site Specific Natural Isotope Fractionation-Nuclear Magnetic Resonance), EN 16466-2 and OIV 510/2013 for analysis of 13C/12C in acetic acid (δ13C ‰) using IRMS (Isotope Ratio Mass Spectrometry), and EN 16466-3 and OIV 511/2013 for analysis of 18O/16O in water (δ18O ‰) using IRMS.

An international collaborative trial has been undertaken in 7 laboratories to define standard deviations of repeatability (sr) and reproducibility (sR) for vinegar and balsamic vinegar stable isotope ratios of H (D/H), C (δ13C) and O (δ18O), in order to establish them as fully recognised official standards. The laboratories analysed two samples of wine vinegar, one cider vinegar, and four balsamic vinegars. The results of the trial are in line with those in the literature or reported in corresponding official methods, and sr and sR of balsamic vinegar are in line with those of vinegar and must.