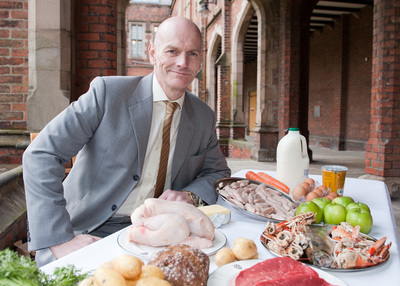 Chris Elliott was the the guest on BBC's Radio 4 programme - The Life Scientific talking about his life and his work on food fraud. The recording of the programme will be available for over a year from 10 January 2023. Chris was a founding director of the Institute for Global Food Security (IGFS) at Queens University Belfast. After the horsemeat fraud incident in 2013, he conducted an independent review of the UK food system. Following Recommendation 4 in the review report, LGC set up the Food Authenticity Network with funding from Defra. Chris also goes into details of the latest developments in fighting food fraud. On 23 October, I posted the study carried out by IGFS at Queens University Belfast (QUB) on behalf of the Food Industry Intelligence Network (FIIN), which showed that 25% of the sage herb samples tested were adulterated, and the level of bulking ranged from 29 -58%. Now the Vice President of McCormick has responded to the results of this small survey. Cibus Analytical will commercialise research completed at IGFS, Queens University Belfast, and will not only offer a laboratory testing service, but also innovative, portable testing tools to allow customers to rapidly test for food authenticity and safety across global supply chains. The £0.57 million seed funding has been led by QUBIS, the commercialisation arm of Queen’s University, and also involves a number of investors with a range of backgrounds from the food sector and support from Innovate UK. Cibus Analytical was founded by IGFS researchers Prof Chris Elliott, Dr Terry McGrath, Dr Simon Haughey and Mrs Pamela Galvin-King.

Read the article and the Press Release

This post-graduate course is the result of a partnership between the Institute for Global Food Security (IGFS) at Queen's University Belfast and multinational analytical laboratory instrument and software company Waters Corporation. It offers professionals the chance to learn remotely on a part-time basis from renowned experts to increase their knowledge of the threats to feed and food compromising food security, and also about the techniques and methods which can be used to confirm food safety and integrity. Topics include concerns around food fraud, authenticity and traceability, the links between chemical contaminants and human and animal health, the biological hazards and threats posed by animal feed and food, the various technologies used to enable rapid and early detection of food safety issues, and the current and future global food legislation needed to ensure and maintain sustainable food safety production. The course is currently accepting applications for October 2017 and February 2018 start dates.

Read the article and see a video at: On-line Masters in Food Fraud