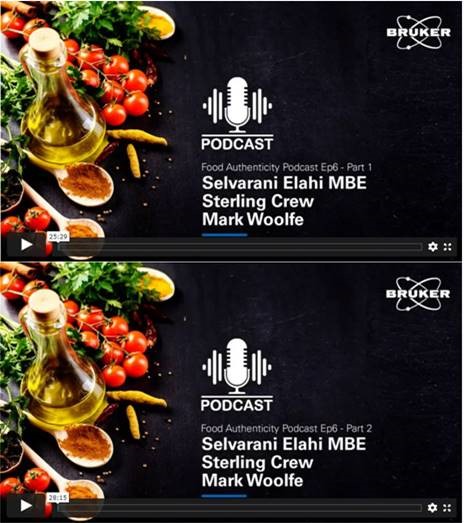 The Food Authenticity Network Executive Team (Selvarani Elahi and Mark Woolfe) and the Chair of our Advisory Board, Sterling Crew have been interviewed for an episode of Bruker's Food Authenticity Podcast series.

Listen to both parts of the episode here:

You can access other episodes in this series with the links below:

Tags: podcast
E-mail me when people leave their comments –
Follow