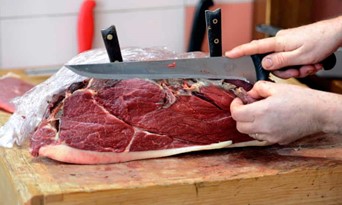 18 people, including two veterinarians, are appearing in court in Marseille on Monday accused of involvement in a vast illegal trafficking network across Europe that allegedly supplied horsemeat unfit for human consumption to wholesalers and butchers.

The defendants, from France, Germany, Belgium, the Netherlands and Spain, are thought to have bought and sold thousands of retired draft horses and racehorses, and even ponies, that were exported to Belgium where they were allegedly given fake identification and tracking documents before being sent back to abattoirs in the south of France.

They have been charged with fraud as part of an organised gang, or supplying false and deceptive goods liable to be a danger for human health, and face up to 10 years in prison if convicted. Eight of the accused have been in custody since 2015 after European police smashed the continent-wide network.

More than 150 horse owners were victims of the alleged scam, of which around fifty have filed civil suits.

The national council of the order of veterinarians, the municipality of Alès and the National Interprofessional Association of Livestock and Meat (ANBV) have also brought civil action.